This story popped on the web a couple of months ago. Back in May, Hack A Day, told the story of Emile Leray.

Long story short, Leray, a French electrician was driving through the Moroccan desert and wrecked his Citroen. Miles from civilization, he had no choice but to dismantle the car and build a motorcycle out of the parts. Mind you, he was alone in the desert, with no real tools. 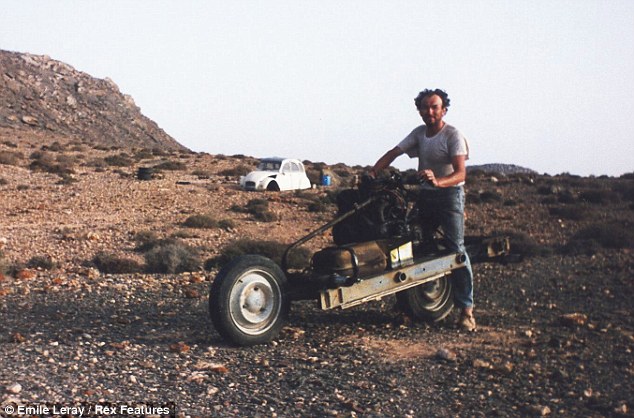 Unknown to me at the time, the adventure actually took place before the internet was real – back in 1993.

The popularity of the french story has made Leray a internet celebrity and now 19 years later, he’s in a story in the UK Daily Mail.

According to the article…

The 43-year-old had been driving his Citroen 2CV across the desert from the Moroccan city of Tan-Tan.

However, along the way he was stopped at a military outpost and was informed that he couldn’t go any further.

Faced with prospect of returning to Tan Tan, Emile decided instead to go off road to navigate around the restricted area.

Unfortunately the rocky and bumpy terrain soon caused problems and he lost control of his car before crashing into a rock.

Now 62, Leray still has the “bike” from the adventure. I just wonder who has the book and movie rights?