How I Learned to Stop Cafe-ing and Love the Tiger 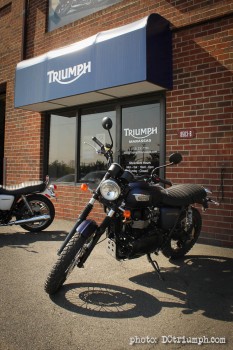 When I arrived at Triumph Manassas, the first smiling face I saw was Ken Davis, the majority owner and manager of the shop. Ken has been in this business for a while. He’s been selling refurbished BMW’s and other luxury vehicles in the Manassas area for more than 20 years. It started as a hobby, and has proven quite lucrative it seems. Enough so, that Ken decided to make a business of one his other passions motorcycles.

Ken formed a relationship with Triumph when the financial world was going to hell back in ’08. They kept in touch and finally made the Manassas location happen earlier this year. And lucky for us they did. If you are mulling over a new ride, go and check out the store; they have one of everything, and encourage you to take them for a spin, even if the bike in question is Ken’s fully-loaded 2014 Explorer (ask Kevin about this). 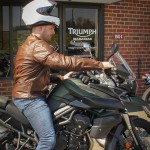 On my first visit to the store, it seemed as though there wasn’t a Tiger 800XC ready to demo. Ken encouraged me to take out the Tiger 800, & even let me use his personal helmet/jacket/gloves. I didn’t know I was “shopping” that day, and had not brought my gear. I was really in the market for an XC, but what the hell? The smaller brother to the XC had plenty of pep, and felt great, but I was just a bit bummed that I wasn’t able to take a spin on the bike that I had been stalking for the better part of a year. When I returned, I was pleasantly surprised to find that Ken was mistaken. Not only did they have an XC for me to try out, but also it was the brand new 2014 800 XC SE. 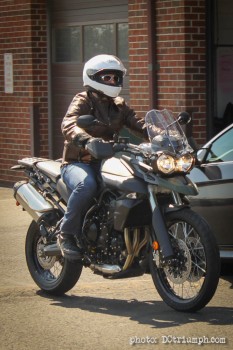 You might have seen it online; a sharp limited edition black and red number. I threw my leg over, and man did that thing go! I was totally sold. 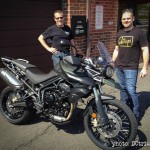 When I got back, I let Ken know that I was in the market, but I’d really like to get something off-model year to take advantage of Triumph’s incentive package for moving last year’s bikes. It was then that he let me know he had a Matte Green 2013 800XC coming in the following week, and that it came with $1500 cash back, and added OEM accessories, including a top-box, heated grips, and an extended adjustable shield. I told him I’d sleep on it… It didn’t take long.

After riding this bike home yesterday, I can say that this was money well spent. I can’t wait to put some major miles on my new machine. Go say hi to Ken and his team at Triumph Manassas, and take something for a spin. You’ll be glad you did! 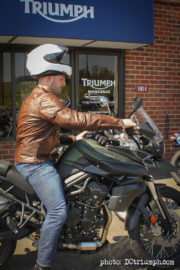 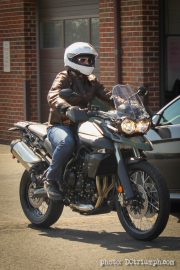 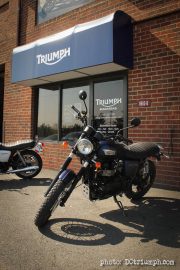 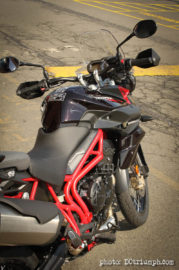 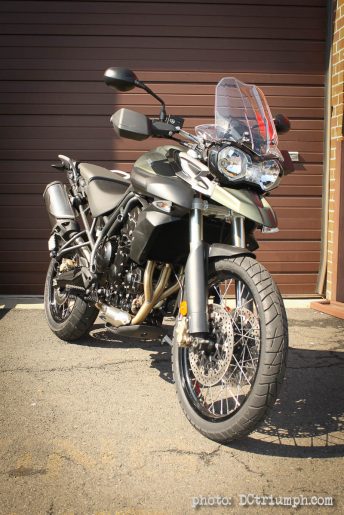 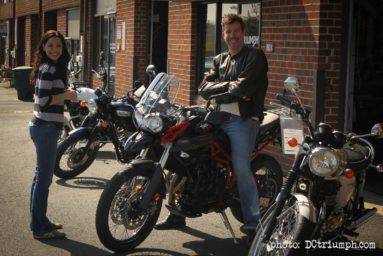 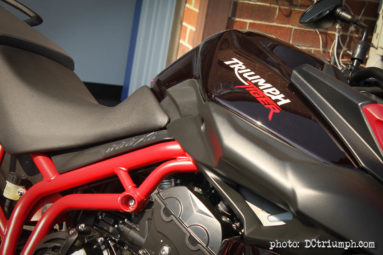 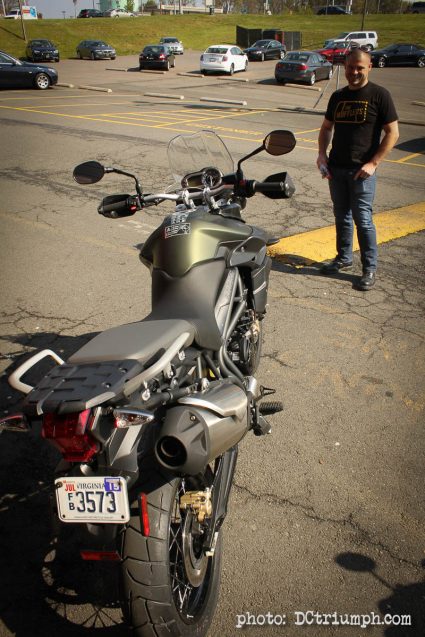 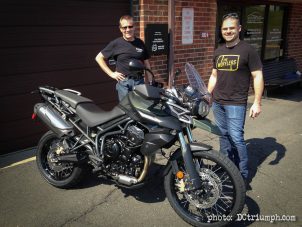 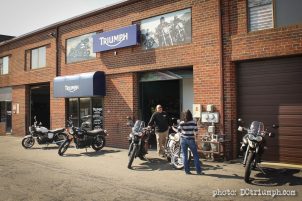 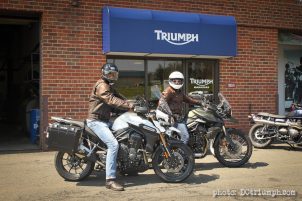 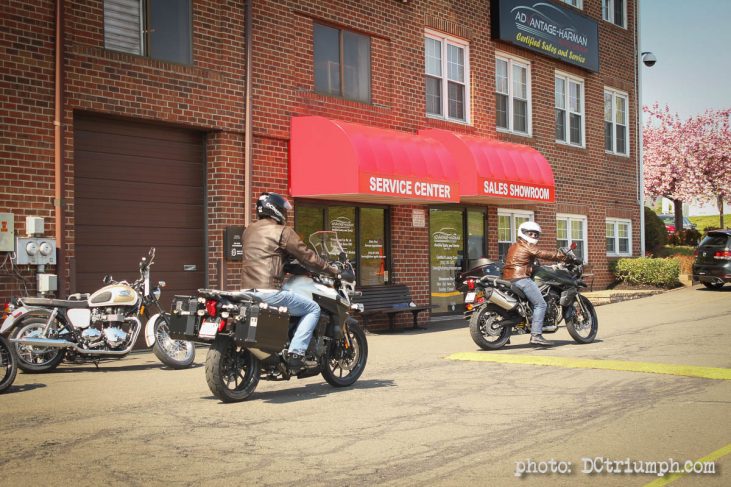